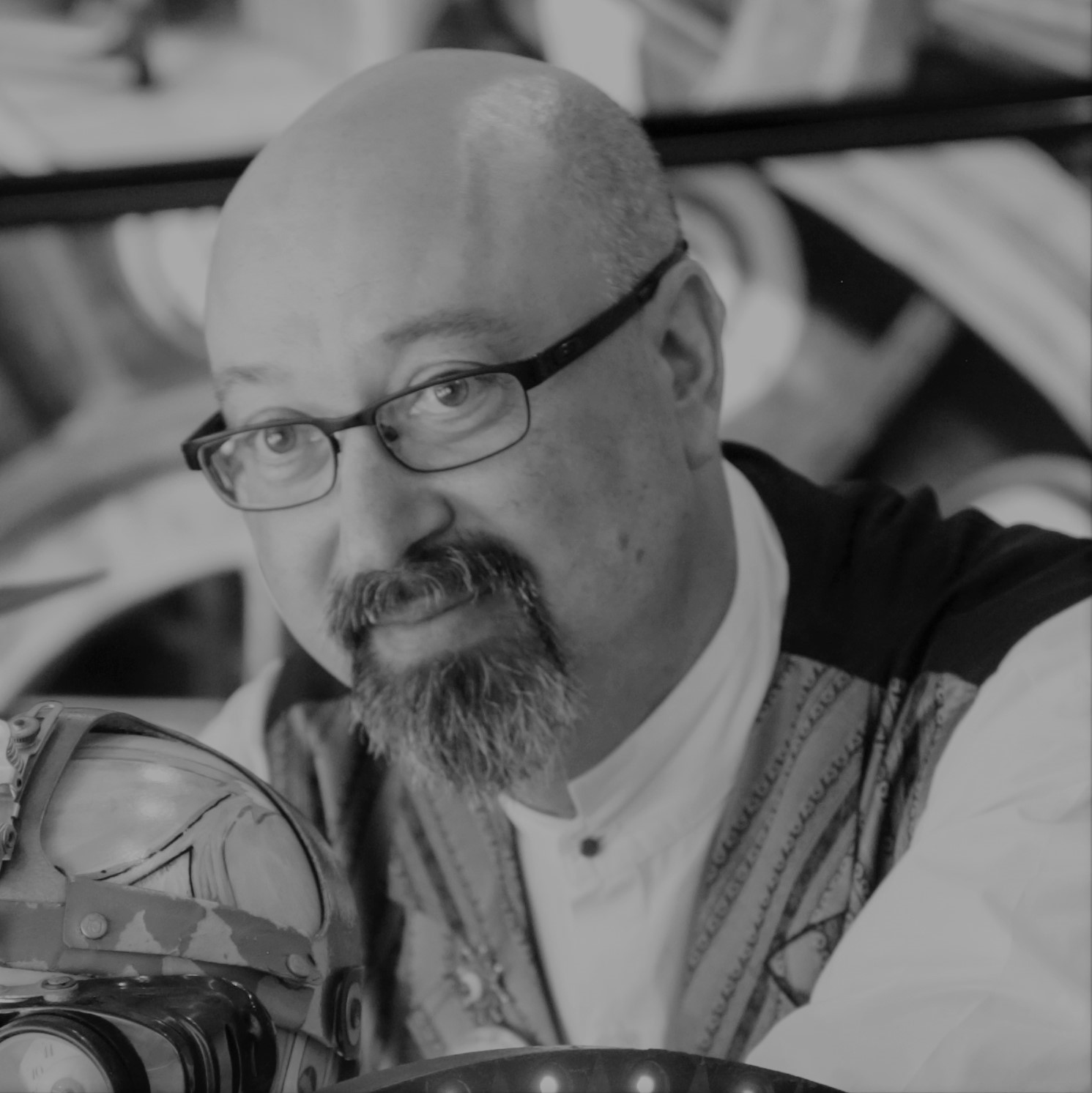 Bruce Rosenbaum has been dubbed the Steampunk Guru by the Wall Street Journal and Steampunk Evangelist by Wired Magazine. Bruce’s functional Steampunk artwork and design has been featured in the Boston Globe, The Chicago Tribune, The New York Times, Architectural Digest, CNN, NPR and featured on MTV, A&E, HGTV and Netflix.

Bruce and his wife Melanie recently purchased an 1876 Victorian Church in Palmer MA to convert it into their home, gallery and workshop space. The Rosenbaum’s church conversion project – Steampunk Wonderland (episode 8) – is featured in the Netflix Original docuseries – Amazing Interiors.

Currently – Bruce’s ‘Discover Steampunk’ Museum Exhibition is on a worldwide 5 year tour premiering at the Museum of Idaho.

Bruce’s company, ModVic, works with clients all across the world to take period, repurposed, personal and meaningful objects, and creatively infuse them with modern technology to transform the ordinary into incredible Steampunk functional art. The Steampunk art and design process celebrates history, while setting a path for a reimagined better future — telling the personal stories of individuals, organizations and places along the way.

He also now travels the country, not only educating others on how to do Steampunk design, but how repurposing and the ‘combination of opposites’ creative problem solving can help repurpose and transform our own lives with meaningful connections to the past, present and future.