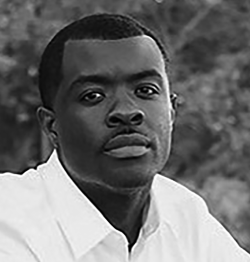 Originally from Pasadena, CA, Damon has always had a passion for entrepreneurship. In high school Damon was voted most likely to become a CEO and his classmates proved to be prophetic as the currently helms as Chief Executive Officer of Homage Hospitality. Like many hoteliers, he grew to love hospitality as he rose through the ranks. Damon began his hospitality journey as a front desk agent at the Donovan House Hotel in Washington, DC while attending Howard University. He then moved into management at companies such as The Ritz-Carlton, InterContinental Hotels Group, and Dusit
International. After noticing a lack of African American brand ownership and leadership in higher management ranks, Damon created the Homage Hospitality brand in 2014 and currently oversees operations and creative direction. In July of 2018 Homage

Hospitality opened their first property “The Moor” in New Orleans, LA. The small property stands out with an emphasis on the culture of New Orleans and its relation to multicultural heritage of the North African Moors in its design and architecture. The nearly 100-year-old facade sports Spanish Colonial features, while inside, the four suites have rustic elements of exposed brick and hardwood floors softened with Moroccan patterned textiles. Homage will follow up their opening of The Moor with a 94 room boutique hotel in Oakland, CA called ‘Homage Oakland’ which will open summer of 2020.

Future Perfect: Catching up with Boutique Design’s Hoteliers of the Year